Why a Transnational Strategy?

Within the Strategy, 7 basis have been defined, in order to achieve the goals to fight against Cortaderia in the Atlantic Arc. They are: 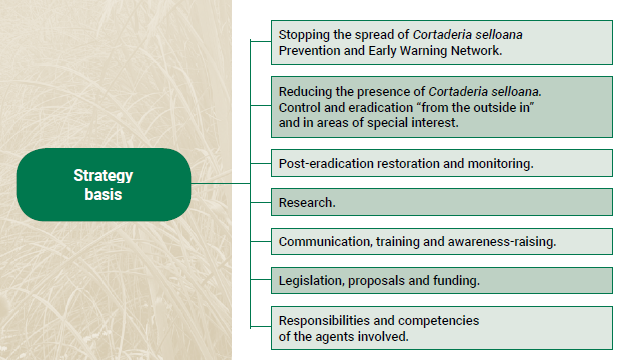 Organisations invited to endorse the Strategy

The Strategy implies becoming aware of the problem posed by the species in the region, adopting the criteria and objectives of the Strategy, and committing to action, investment, integration, outreach, and so on, according to the competencies of each member organisation.